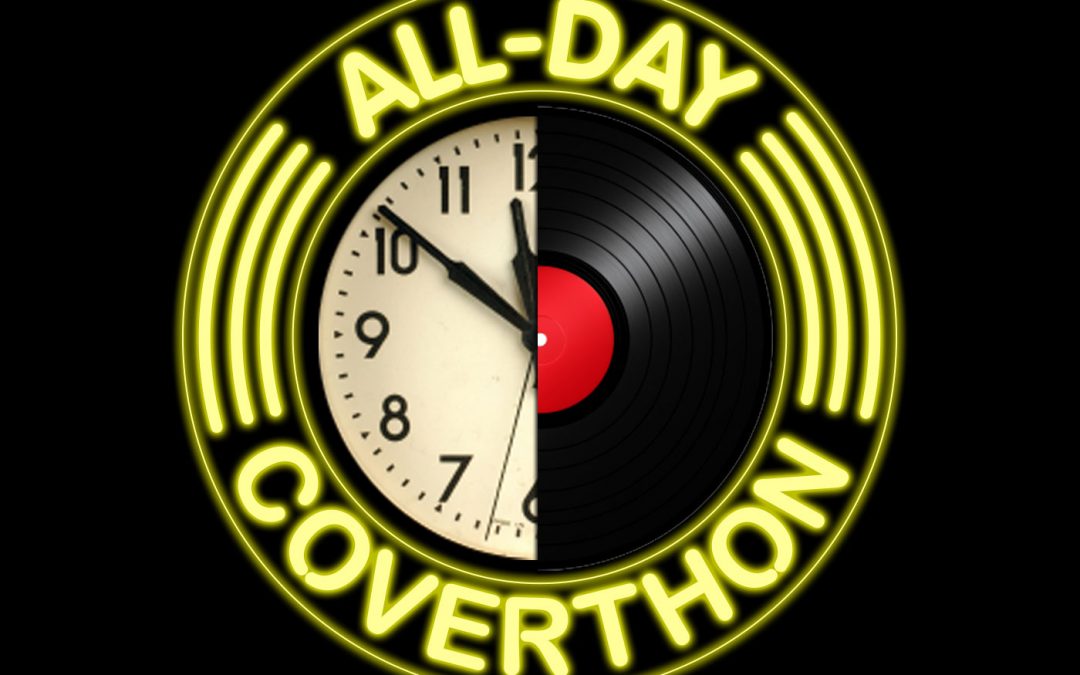 The 8th Annual Coverville Coverthon is coming next week, and as always, we’re raising money for Alzheimer’s Disease Research, but we’re making a slight change to the format this year: We’re making it 16 hours, instead of the normal 24.

Why the change? Two big reasons. The first, and the least of the two reasons is that those overnight hours just weren’t very successful for the charity. Donations would stop around midnight, and they wouldn’t resume again until the morning, so we’d lose a lot of the momentum we built up through the day.

The second reason, and it’s a much more important reason, is for our own health and sanity: Tina wants to be part of the Coverthon for as many hours as she can, but with the medical issues we’ve had this year (breast cancer, with chemo & radiation), her stamina is just not ready for her to stay up as late as she has every year in the past. (And let’s be honest, those overnights weren’t doing me any good either.)

So, the Coverthon will start at 8:00am on Friday morning, November 24th, and end at midnight. The object is still to raise as much money as we can for Alzheimer Research – and this year, everyone that donates over a certain amount will get a set of stickers – two of which were specifically designed for this event! (Details to come.)

And as always, expect a cavalcade of guests to appear! I’m still working on the exact lineup, but expect a TMS, Film Sack, Soundography and Pokemon Go Podcast as part of the festivities! And trivia every hour where you can win prizes based on how well those guests answer trivia questions!