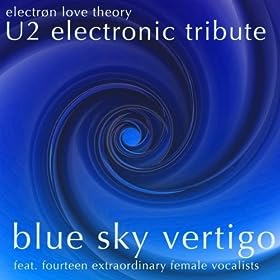 Tonight, an interview with Jeff Leisawitz, the man behind the band Electron Love Theory. He’s releasing a new album today which features 14 fantastic U2 covers, each featuring a different extraordinary female vocalist. We’ll listen to a few tracks form the album, and talk to Jeff about the project, tonight on Coverville!